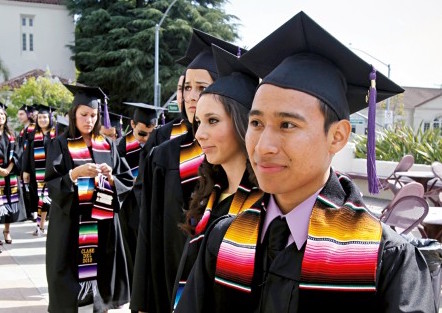 Only one week in, and September is already the cruelest month.

As if the hurricanes Harvey and Irma weren’t bad enough – to say nothing of a frighteningly nuclear North Korea – the way President Trump has manipulated the DACA issue this week is the most heartless and repugnant action of his odd administration to date.

The DACA Dodge: Not only does the word “cruel” come to mind, but cynical, callous and cowardly also.

In tossing the DACA issue like a hot potato to Congress, Trump has accomplished a side-step affecting 800,000 young people who fear deportation (including some 8,300 in Tennessee). This was chiefly as a slap at Obama, with whom the president and his dwindling base continue to be obsessed.

Passing the buck to the Congress might work (we will know in less than six months) but mostly it does not work in this angry, hyper-partisan age. Trump was quick to blame it on Obama, but Obama took action on the Dreamers when he did because some six years ago Congress would not.

The hope now for these young people who were brought to the U.S. by their families – and who have known no other country but ours – is the rising level of outrage like mine. A growing roster of mayors, governors, teachers, college presidents, and some congressional leaders are raising a chorus of protest. It needs to rise faster.

Threatening to exile a generation of new Americans is not what our country is about, nor what the majority of Americans in our hearts believe. The young DACA enlistees should not be pawns of petty politics, and yet that is the signal Trump has sent – that they are expendable.

A competent administration might give guidance to Congress about what program specifics it would prefer. Don’t hold your breath for that. Congress should fix this outrage now.

New Public Statues: That last column about public sculpture brought gratifying responses from readers, with many nominating other heroes for new statuary.

I would add Jim Fyke. Read on…

Last Sunday, my granddaughter and I loaded up our bikes and spent much of the afternoon at the Shelby Bottoms Greenway. We enjoyed it so much we went to the other side of town on Monday and rode the Richland Creek Greenway trail as far as the clubhouse at McCabe Golf Course.

My friend Jim, who died in June, was responsible over his long career for much of what Olivia and I enjoyed over Labor Day weekend. He grew up in Old Hickory, but to me Jim’s presence is especially strong at McCabe, one of the most beautiful public courses in America.

He served five mayors over thirty-plus years – Briley, Fulton, Boner, Bredesen, Purcell – nearly all of that time as Director of Metro Parks. One of Jim’s closest colleagues over all that time was Rich Riebeling, now Mayor Megan Barry’s chief operating officer.

“There will never be another like him, and I miss him every day,” Rich told me. “Jim knew parks were evolving. He loved golf and made sure the courses were all good, but his legacy will also be more open spaces and greenways.”

Our diverse parks system today is an astonishing legacy, and we need its peace more than ever. The way the world is, we need quiet places for reflection, to find solace, and make sense of an unraveling world.

As for who deserves statues, when I think of Barnes, Fyke and all those others named above, I recall reading something Plutarch wrote a thousand years ago:

“I had rather men should ask why my statue is not set up, than why it is.”

Keel Hunt is a Tennessean columnist.
Reach him at Keel@TSGNashville.com