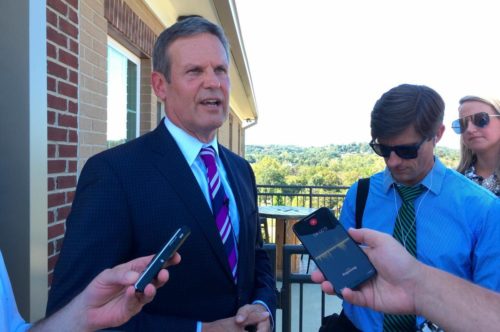 McWhorter brings no direct experience to state government, but his background lends credence to Gov.-elect Lee’s pledge of citizen leadership.

Below ground in downtown Nashville — in a forlorn-looking cavern of abandoned legislative offices and silent hearing rooms — a new Tennessee state government is quietly taking shape.

Barely three weeks after his Nov. 6 election, Gov.-elect Bill Lee is sending significant signals about who will be closest to him with their hands on the highest levers of power, with day-to-day interactions with a new legislature and influence over policy.

Foremost among these now is Stuart McWhorter, who will be the new commissioner at the Tennessee Department of Finance & Administration.

McWhorter is young (50), a father of five and a longtime confidant to Lee (they met 15 years ago). Like the governor-elect himself, McWhorter brings no direct experience in state government, but his resume and personality lend credence to his new boss’s pledge of citizen leadership and his approach to management.

His family name is well known in Middle Tennessee and widely revered in entrepreneurial circles across the region.

Stuart’s father, the late Clayton McWhorter, was CEO of HCA and HealthTrust and briefly was a candidate for governor himself (running as a Democrat) in 1994. Together, father and son founded Clayton Associates, the influential venture capital firm in Brentwood.

Traditionally, and also for very practical reasons, the F&A commissioner is the topmost member of the governor’s Cabinet. With the new General Assembly convening in mid-January, Lee and McWhorter have only a few weeks to present their own budget to the legislative branch.

McWhorter will have the highest visibility of all Cabinet members 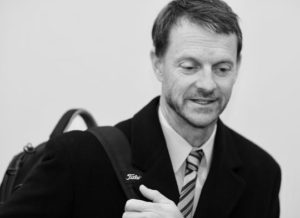 Stuart McWhorter will be the new commissioner at the Tennessee Department of Finance & Administration.(Photo: Keel Hunt | Columnist)

Soon after the election, McWhorter was the first department head invited by Lee to join the new government, and this new role has important implications both for Lee’s success and possibly any ideas McWhorter has for his own political future.

The F&A boss is de facto the Cabinet member with the very highest visibility and most clout — from daily interactions with leaders of the legislature, especially the budget committees, to the members and staff of the State Building Commission, among many others.

In a previous Republican administration, Sen. Bob Corker was Gov. Don Sundquist’s commissioner at F&A. He enjoyed a high level of trust and confidence with the Democratic leaders in the General Assembly. He later became mayor of Chattanooga, his hometown, and won his federal office in 2006.

When I caught up with McWhorter on Wednesday, at his modest government-issue desk in the former Legislative Plaza, he was already busy with a schedule of briefings from current department heads and budget officers. He has met often with Gov. Bill Haslam’s departing F&A commissioner, Larry Martin, and has joined him in meetings of the state’s Funding Board.

A new governor needs good help. Governing is not the same as campaigning, nor is running state government anything like running a big company.

And there are big policy battles to come, likely very soon. For instance:

You can name a half-dozen other issues. But none of these are simply “red” or “blue” issues anymore, nor can any be wisely decided by worrying what Washington politicians think. Not anymore.

Policy arguments are fine, but on our Capitol Hill in Tennessee at the end of the day, the new governor and his team must bring wisdom, if not experience, and sometimes provide hope of a new way forward.

Most important now, on this first weekend in December, is not what happened on Election Day but what happens next in a hopeful new year.

Keel Hunt is a Tennessean columnist and is the author of “Crossing the Aisle: How Bipartisanship Brought Tennessee to the 21st Century and Could Save America.“ Learn more at www.keelhunt.com.