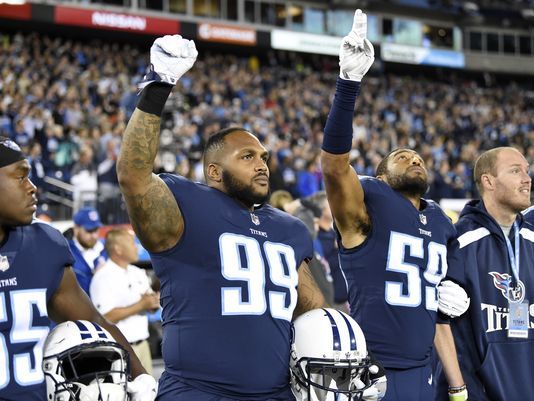 “Some days are diamonds, and other days are rocks.”

Johnny Cash famously said that (to Tom Petty) and you know what he meant.

If we’re lucky, we have more bright diamond days in our lives than stones. Like that time you met the love of your life, or your wedding day, or those three splendid moments when I met my grandchildren for the first time.

We all have rocky times, too, as on the hard day a loved one dies, or when sticks-and-stones come at you from mean people, when the rocks come in low and can make you stumble and fall. They come in the lives of nations, too, as well as for individuals: Pearl Harbor, 9/11, and now the countless cases of mass gun violence.

This weekend marks nine months of the Trump administration, a period notable for awkward steps by the President and his circle of hapless minions. Over nine months now we have observed the words he tweets to satisfy his impulses, then all the scrambling by his minions when he does, then all the anxious worry piling up for the rest of us.

If the Trump White House were a college, we might say they have been “majoring in minors” so far – lots of name-calling on the periphery of serious issues as with healthcare and nuclear war. His fuming never seems to measure up to the enormity of each subject, nor to the majesty of leading a modern superpower.

Over nine months, our diamond days have regrettably been few, and the rocks are piling up.

Take the ridiculous fuss over whether athletes ought to stand, sit, salute, or kneel when the national anthem is played at sporting events. We need a president to resolve that?

Trump declared that NFL team owners should fire their employees who choose to sit or kneel, saying that in so doing these athletes disparage our military. That is nonsense and also dangerous.

He suggests these players – many of whom give back to good community causes – are somehow of one mind on the point, when in fact they are not. He seems to view them as enslaved laborers from another age, needing a master’s whip.

Personally I stand for the anthem because that’s what I choose to do with my own personal freedom. But I think no less of wide receiver Rishard Matthews, who on Monday night exercised his own liberty in another peaceful way.

Last time I checked, freedom and liberty were the Big Idea our founders had in mind, not the single-minded oppression of Moscow or Tiananmen Square. Believing that protest can’t be patriotic is dangerous thinking. It is how bad history always begins.

I have never been prouder of a Tennessee Titan (even counting that one time we went to the Super Bowl) than I was on Thursday morning, reading what Titans players themselves had to say on this point. None of it was about disrespecting the armed forces.

“It’s about humanity,” wide receiver Logan Ryan told the Tennessean’s Jason Wolf. “It’s about people fighting for what they believe is right, for equality. It’s bigger than football. It’s bigger than our owners. It’s everyone on their own personal level as a human being.”

Quarterback Marcus Mariota: “It’s an opportunity for them to express their right and when you’re able to bring awareness to some social issues, you give people voice. When it comes down to it, we’re at a point in our careers where we have a platform. And if we’re able to use that in the right light, I think it can be something that is very beneficial.”

Boo any of them if you must, but these young men are using their earned platforms, so that our city and nation may heal. They are speaking truth to power now.

So must we all.